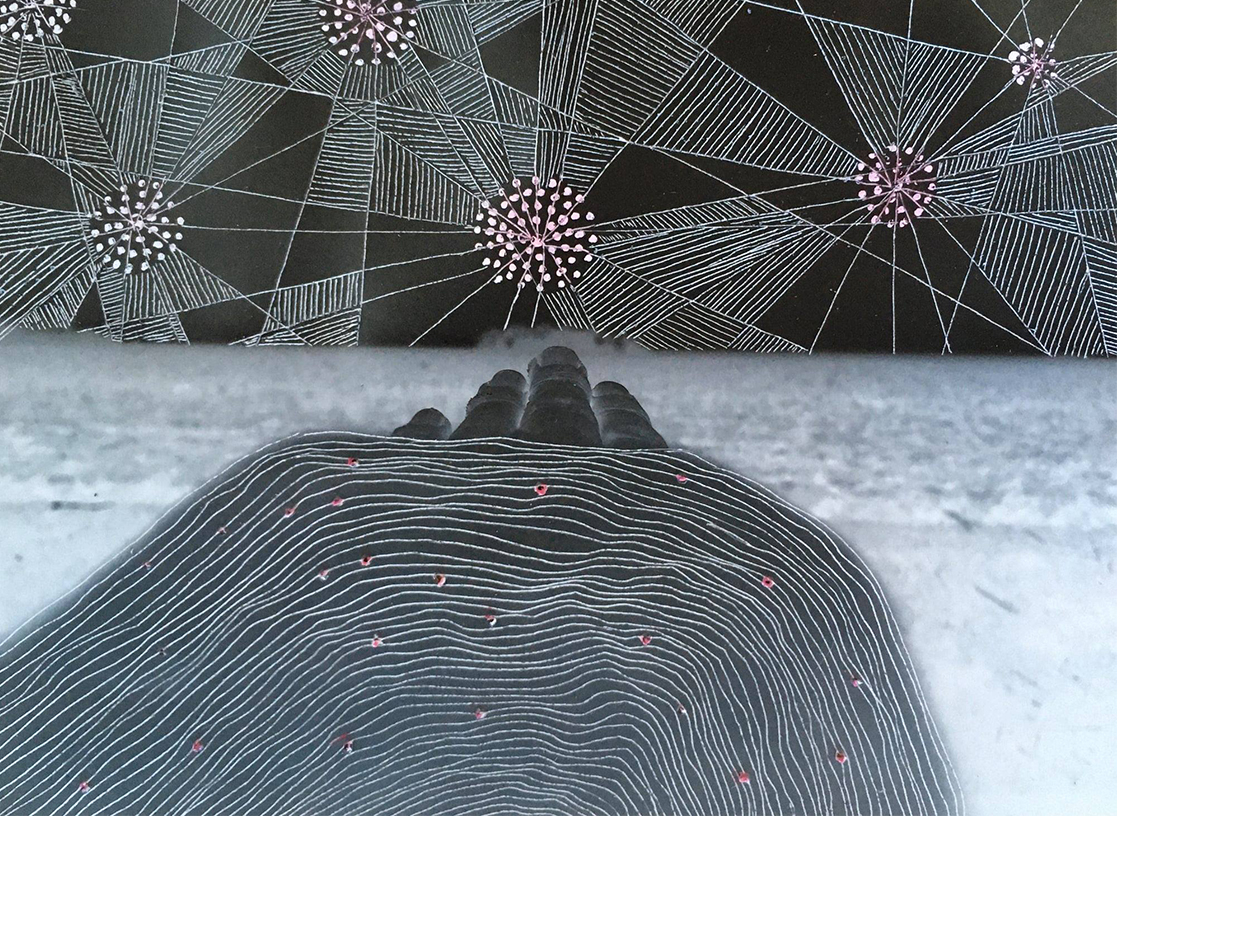 Last November, Nynke Deinema arrived at Het Bildt, a coastline by the Waddenzee and one of the oldest Dutch polders that was once part of the Middelzee. Being inspired by Het Bildt and the eloquence of non-verbal communication, Deinema created the project Bildt-Gebaren for Galerie Westerstorm.

The body is central to Deinema’s work and functions as raw material to communicate with and to evoke emotions, ideas, desires and fears. For Bildt-Gebaren, her hands explore the body of the dyke and act as a mediator between the landscape and the human body. She captures this exploration with her camera and through the abstraction and editing of the imagery, Deinema searches for the beauty of imperfections. In intuitive, rhythmic movements she moves across the photographic paper and emphasizes the rawness. Due to the editing of the material, an emotional tactile layer appears,
where rough white edges emerge from beneath the surface and are both instigated and softened by pastel tones. The recorded imagery also forms the basis for some photo mobiles, which are triggered to move by the passing visitor and the blowing of the westerly wind.

According to Deinema the landscape forms a skin, as it were, the skin of the earth. Like a layer of skin, the wet, wrinkled clay and the soft grass cover the body of the dyke. The connection between the landscape and the body becomes even more apparent in the compressing of clay from Het Bildt with clay from the Wadden between her own hands, which she forms into ceramic objects and paints with gold luster to accentuate the contrast with the rough
clay.

With Bildt-Gebaren, Deinema interweaves the eloquence of non-verbal communication with a landscape that should not be overly present.